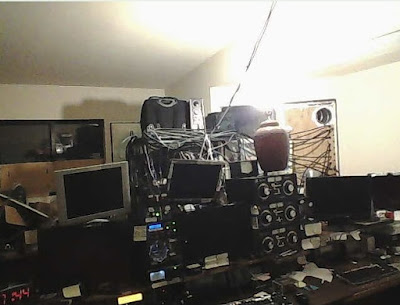 ﻿
In between the Canada Day (the RAC contest) and the IARU HF Championship is a pair of international contests; one Cw (the Marconi Memorial Contest) and one RTTY (the DL-DX RTTY GiG).  In years past, the Marconi GiG has shown a not-insignificant amount of activity, while the
DL-DX GiG was relatively quiet.

For 2018, exactly the reverse was true.  During the Marconi Cw GiG, I needed to get out an electron microscope to see station spot entries on the N1MM+ bandmap.  Not knowing that in advance, I went to great lengths Friday evening to configure the software and the hardware interfaces in preparation for a 11:00z DL-DX starting time.

Friday evening the contest weekend opened allegedly with the Venezuelan Independence Day contest; I say allegedly because I never once heard any YV (or equivalent) callsigns on during
the 24 hours of that event. 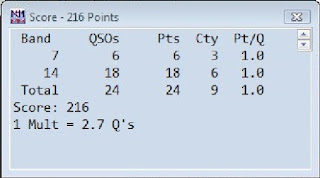 
Amazingly, NO ONE was heard playing MMC on 80.  At 06:15z two more QSOs hit the log.
Out of frustration I got some sleep.  A 40 meter band sweep at 10:00z followed by numerous
CQ MMC calls yielded no new QSOs.  Message received - time to put the Marconi Memorial
contest to bed followed by WQ6X the operator, in that same bed.

During off periods of
the MMC contest,  the K3 radio was switched to AFSK to run the DX-DL RTTY contest.

While I would have preferred more stations participating in the DL-DX RTTY GiG, the even BIGGER disappointment was that I NEVER worked a SINGLE DF/DJ/DK/DM or DL station; the stations which were actually WORTH something.

Did YOU work any German RTTY stations?

What about stations in the Marconi Memorial Contest?
How many QSOs are in YOUR Log? 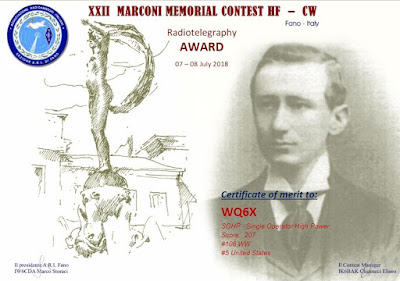