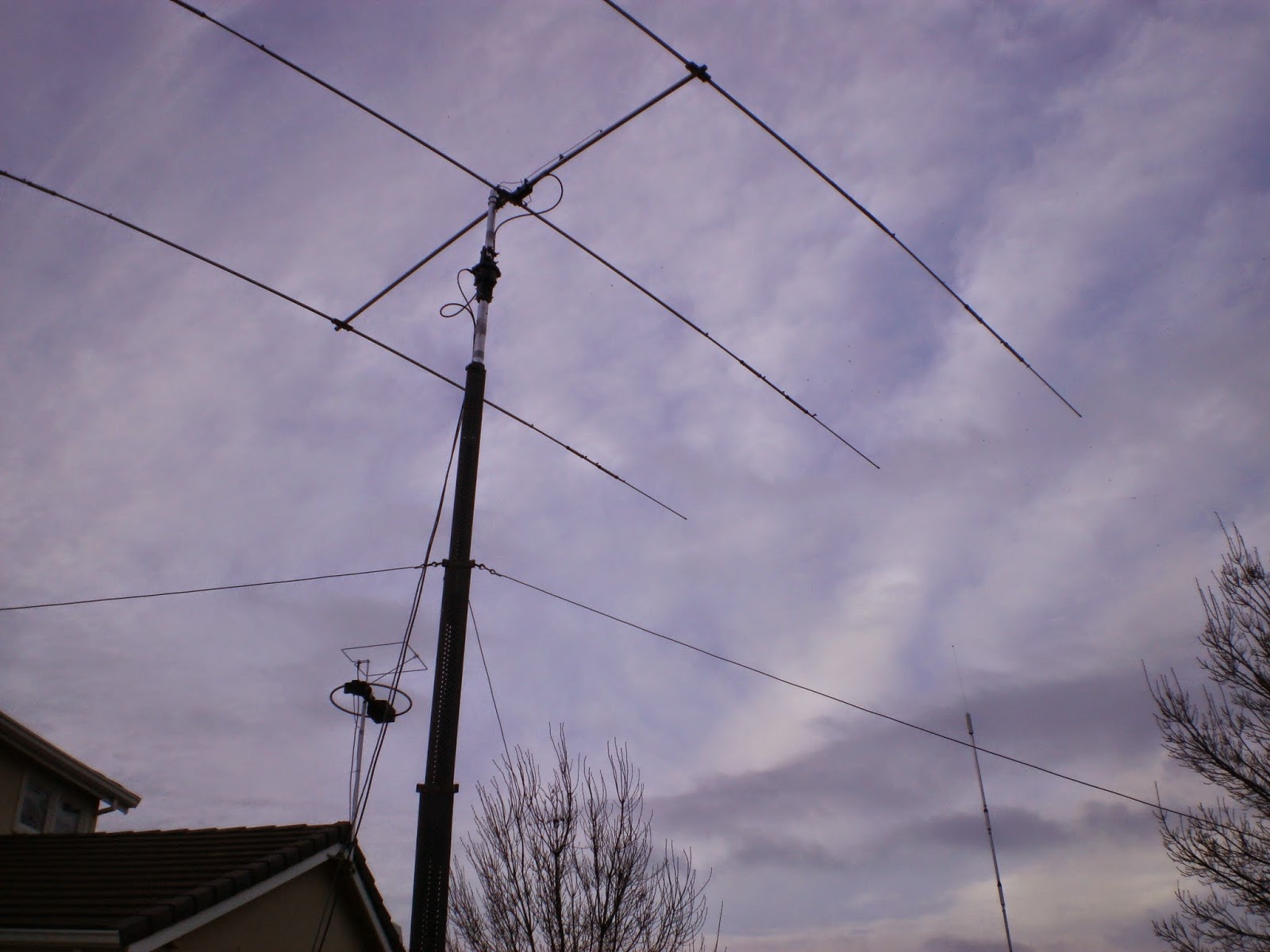 For this year's ARRL 10-meter contest, due to commitments right up to the beginning of the contest, George and I were not able to begin antenna setup until 00:30z, with only enough daylight to pop the 6-BTV vertical into place.

Because George lives in a CC&R controlled neighborhood, to keep neighborly peace, the military mast supporting either a 2-element Stepp-IR or TH-3jr is setup and taken down JUST for radiosport events.  Otherwise, it's "antenna?  whut antennas?"
This year was no different. 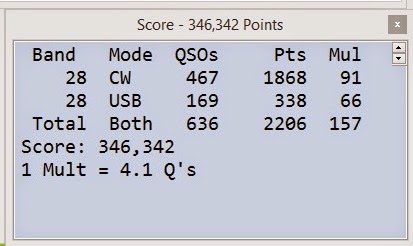 Running the FLEX-3000 into a KPA-500 amp (dialed back to 149 watts) we ran the contest until band closing Friday evening using the vertical.  On Saturday morning I started up with the vertical while George erected the TH-3jr to it's 24 foot height (he repaired the mast since the last contest).  I had a therapy client at 11:00 and turned the radio over to George.


After coming back from the office I finished the Saturday operation, calling it quits at about 02:30z - there was just nothing left to work.  Getting the day off on Sunday I put in 8+ hours, running things right to the 00:00z ending.  Similar to this years RTTY RU I observed people making QSOs past the 24:00z ending - what ARE they thinking?  Those QSOs will be rejected by the log submission robot.

Just 2 days before this year's event I received a snail mail delivery of last year's 1st-place EB Section certificate for this contest.  Technically we made fewer QSOs this year than we did last year, however our higher score for 2014 came from making a significantly higher percentage of this year's QSOs on CW which are worth 4-points each instead of 2.


Propagation-wise, we experienced a nice opening to Europe Saturday morning but not so much on Sunday, which replaced Europe with a super opening to South America and Mexico; altho we only worked a handful of Mexican states.  Multiplier-wise we worked all states but ID, MT & WV, also missing several of the rarer VE sections.

Did you work the 10-Meter contest?

Another contest event @ N6GEO brought George and I together for the CQ WW 2014 Cw event; this time identifying as N6GEO.  As usual, we lashed together a last-minute effort which in the end gave us a not insignificant score from W6-Land.
Work commitments kept us from setting up before hand.  At 00:00z George hauled out the military mast to raise the 2-element Stepp-IR yagi.  Unfortunately, the pulley for the upper mast section cracked allowing only a 20 foot height for the antenna.  However thanks to the superlative solar flux (around 175) the loss of 4 feet in height was notta problema. 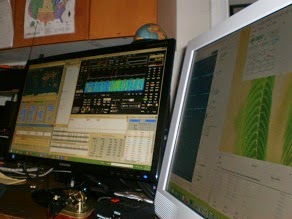 For this event we ran the FLEX-3000 into an Elecraft KPA-500 amplifier at about 490 watts throughout.While we had problems hearing stations (esp. on 80 & 40), it was quite amazing how often we busted pileups on the 1st or 2nd call much of the time.

While the power helped, much of my pileup busting success was all about timing, slipping the callsign in during a lull between frantic callers.


George started and ended our CQ WW effort and worked about 120 more Q's on Saturday afternoon.   I did as best I could with the night shifts considering the horrible noise levels.

Surprisingly, many stations had difficulty with the N6GEO callsign. Slowing the speed down to less than 20 Wpm helped, however what really made the difference was sending the call as N6G E O (with a space before and after the "E").
While this was a ho-hummer of a DX contest, nevertheless it was a LoT of fun.
Hopefully we will be more prepared next year.
Were YOU prepared THIS year?
Is N6GEO in YOUR log?
Posted by WQ6X at 7:22 PM No comments: