Last year I submitted a single-band 40-meter log for my All Asian CW activity in Alameda rather than making the drive to Fallbrook to join up with NX6T.  While I took 1st place for single-band 40, the atmospheric noise was HORRIBLE making me wish I had been a part of NX6T's 1st place North America multi-single entry.

For this year's All Asian Cw contest I took the Amtrak San Joaquin & Surfliner trains to Oceanside arriving Friday at 11:00 a.m.. After a several hour catch up nap I was ready for the 5pm (00:00z) contest start.

In All Asian the exchange is 599 and Age (YLs send "00").
While the mean-age was 60+ plus, there were two operators reporting 17 and one sending 88.
This year it seemed like there were more YL (00) participants than in years past - excellent!
HS0ZIA worked stations as young as 14 and as old as 92 - wOw! 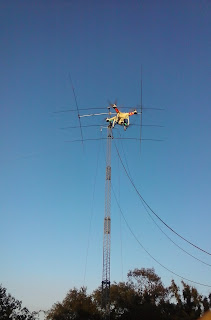 We had a shortage of operators for this event.
N6KI, N6CY and myself made 90% of the QSOs.
Sunday afternoon N6EEG & N6ERD joined us, although their biggest contribution was a Quad copter with a camera for tower and location inspection as you can see in the photo.


For this year's All Asian contest we were just coming off a solar flare event that created many different forms of geomagnetic storms.  This created all kinds of weird propagation effects, the weirdest being hearing Europe in the evening on 15 meters (that should happen in the morning)  and hearing Asia in the morning on 15; something that shouldn't happen until after noon. 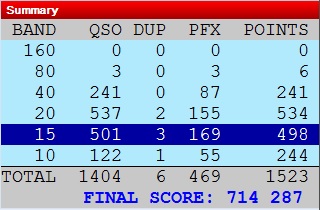 QSO wise 20 & 15 meters were our big bands with both giving over 500 QSOs.  At 241 Q's 40 meters was next; altho we contacted more Asians on 40 in the WPX contest 3 weeks prior - again validating my complaint that not enough Asians play in their own contest.
With only one marginal opening we manged only 122 QSOs on 10-meters.
There was virtually no A.A. activity on 80 meters giving me a mere 3 QSOs between both nights.
160?  DEAD!

As usual there was the intentional QRM on 40-meters.  However for this event the QRMers also made the scene on 20 meters.  On top of that, what continues to amaze me is how a station will work me (I've been running a pileup on that frequency for nearly 2 hours) and then immediately shift frequency +/- 0.5kc to start calling CQ - HuH?  WTF!


While we technically ran as a multi-single operation, we used 3 transmitters to do so.  In All Asian, you can run  an extra transmitter on a different band to ONLY work multipliers.

Additionally, because we use a lock-out system, we are able to use two radios on the band being run at the time.  The run operator works a pileup using radio #2, while another operator uses the band map to S & P unique QSOs on that same band using radio #3.

While it can get a bit tricky at times doing this, overall we were able to make it all happen seamlessly, thanks to the networking facility in WinTest that allows all 3 stations to interact with the same log.

Results wise, it would seem that NX6T took 1st place for North America and 4th place worldwide.
I.e. fewer operators turned in a better score this year and ended up with the same results; which suggests that the competition is getting stronger. 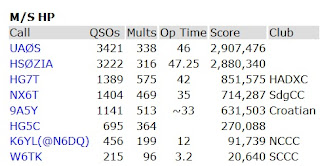 I DiD notice that what made the difference in many scores were the amount of 160/80/10 meter contacts (worth more points each).  HS0ZIA managed 560 QSOs on 10 meters and yet complained of poor propagation - go figure.  We had one 10 meter opening that quickly disappeared giving us a mere 122 Qs for that band. 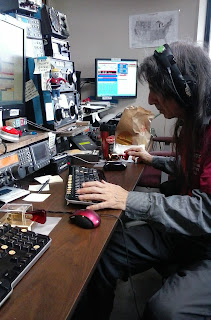 Oh well.... All Asian phone comes up in September.
It will be interesting to see what the solar/propagation conditions will be like.