The World of WQ6X Contest Activities

It was from viewing KA3DRR's Blog that I decided to setup a Blog here on BlogspotCom.
The purpose of this WQ6X blog is to report on my RadioSport activities.  I spend my contest operating time from many locations, some which I setup and some which already exist. 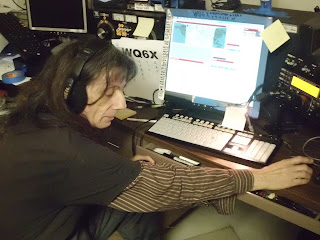 I also teamed up with George N6GEO last year for a number of events beginning with a Multi-Single effort in the RTTY Roundup (RU) where we took 1st place from the East Bay (EB) Section. 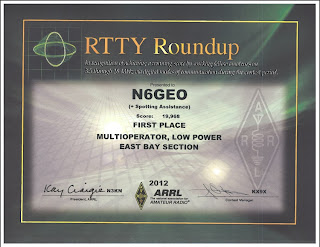 Here I am at the keyboard controlling the Elecraft K2 Radio. 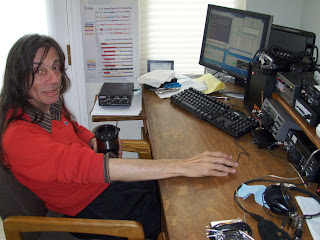 For CQP George and I once again activated Modoc county from the same location we setup at in 2010 (for 2011 we operated from a boat on the Sacramento river).  Pictures from our CQP events can be found from my http://WQ6X.Info/CQP website.  Here is a picture from our 2012 CQP operation. 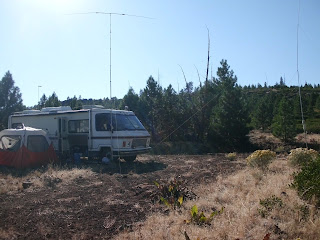 We ran a Multi-Single operation from N6GEO's QTH in Brentwood for November Sweepstakes C.W. 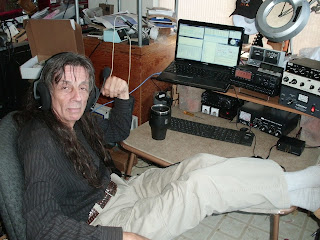 During 2012, I setup portable operations for a number of other contests including: NAQP, IARU Championship, All Asian DX Contest, Sweepstakes Phone and CQ W.W. Cw.

For 2013 I have already participated solo in the RTTY RU, NAQP and a barely attempt this weekend in the CQ 160 contest using a kluged ham-stick vertical (5mh) front-ended with an MFJ-949e tuner.

There are a lot of contest activities planned for WQ6X in 2013, including a rumored operation from somewhere in the Caribbean for CQ W.W. Dx.
Stay tuned for the details.