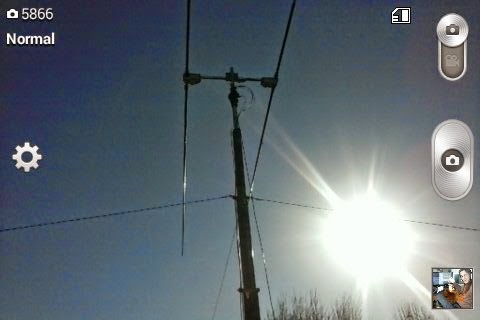 This last weekend again found me in Brentwood teamed up with George, N6GEO for the 2015 ARRL DX CW contest.  While originally slated to join team NX6T in Fallbrook, situations beyond my control relegated me to the SF bay area.  In the end it was a wise decision; I was spared the 1,000 mile drive to/from Fallbrook and had as much operating time as my aging body could manage.  Both evenings I woke from a nap to put some time on 40 & 80.

Unlike recent contests with a reasonably high solar flux index (SFI), for this contest 120 was as high as it would get.  (Does that mean that we have finally seen the end of cycle 24's solar max. days?)  Nevertheless we made do with what we had, running George's FLEX-3000 into a KPA-500 amplifier averaging 149 watts for a low power multi-single operation using the N6GEO callsign.

Our goal was DXCC which we nearly achieved by way of 95 countries.  For the most part we worked everyone we could hear; except for a couple of "rare" stations that were not worth braving the pileups just to snag a multiplier.  According to N1MM a multiplier was only worth 3.5 QSOs.

In addition to exotic callsigns there were a number of propagation anomalies, such as working SJ2W (Sweden) on 15 meters at 01:45z, when all we should be hearing is Asia & Oceania (Europe shows up in the local morning hours - after 15:00z).  There were nice openings to Europe on 40 meters both evenings, which is always surprising to me when operating from California; especially when running only a 6-BTV.


As with recent contests using the N6GEO callsign many stations seem to have trouble getting the call correctly, often hearing N6GO or N6O.  To resolve that we have 2 N1MM function keys assigned for the call; the original F4 and F6 which sends N6G E O (with a space be-4/after the "E").  As needed I alternate between F4 and F6 until the station gets it.  We also assigned "CA" to F8 to repeat our exchange w/o having to send the "599" every time. 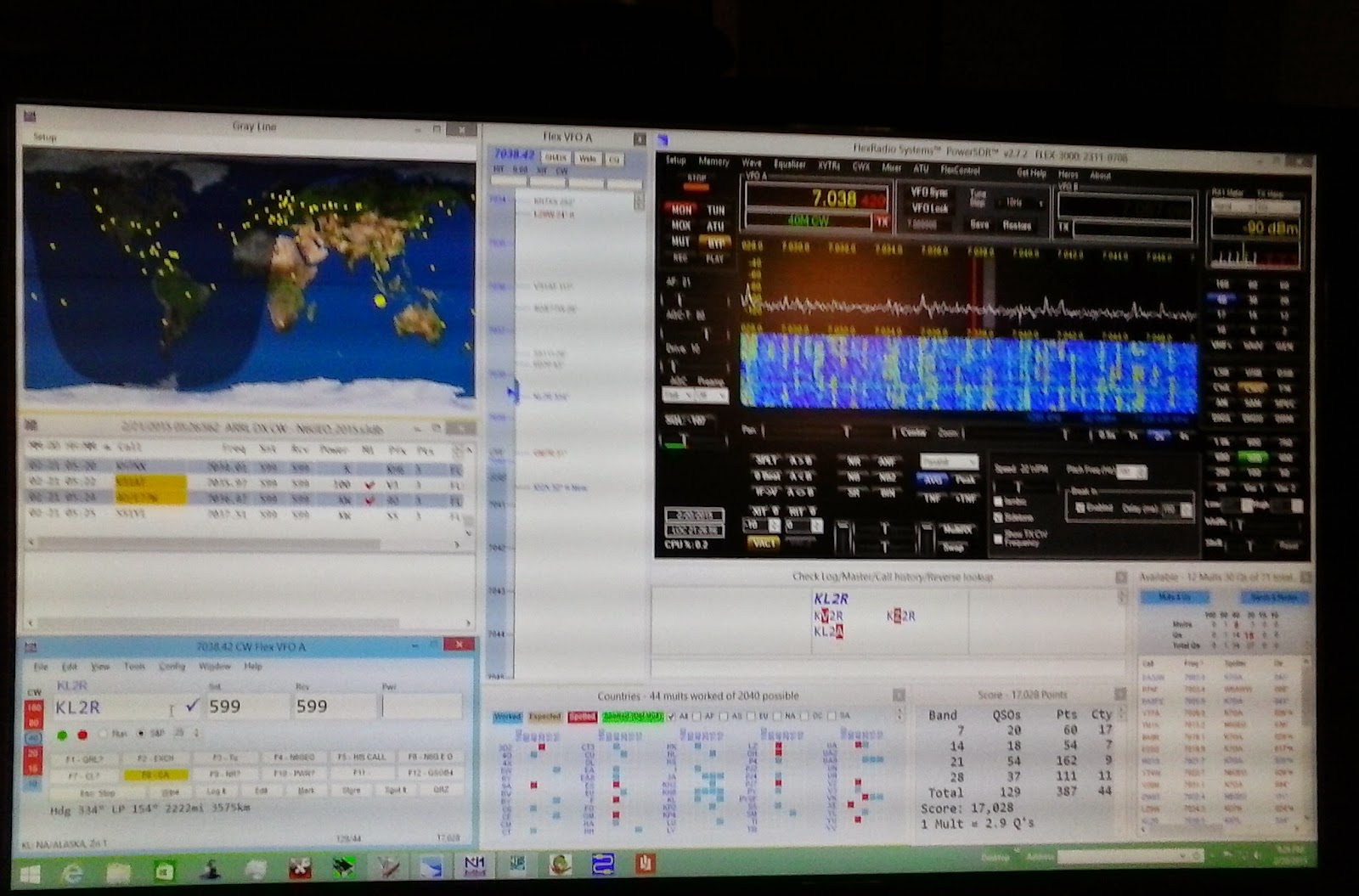 One of the weird things stations (Asians in particular) do is to ask me for my number ("NR") when in fact they mean my state or QTH.  If you don't understand what they want, there is a temptation to send "599", which is of course a number.  This creates a confusion with the fact that DX stations DO send a number (or "K" or KW"), whereas WE statesiders send a QTH (state or province).  The contest rules make this clear, so I guess either people don't READ the rules or don't understand them.

In general, my typical beef with CW contests is that operators running a frequency are often not consistent.  The operator asks for a W4 station so I standby to let the w4 have his turn; then when no W4 shows up and a W1 station calls instead he immediately works the W1 - WRONG!.  If I had known he was going to work anyone who calls in at that moment then I would have called in as well. 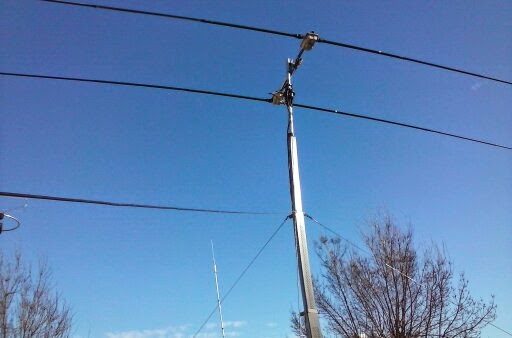 When running a frequency, if I make a call for a specific area and it doesn't come through, I then send QRZ to give EVERYONE a shot at me.  Stations who call out of turn will have to "get in line" like everyone else.  Running a frequency is like herding cats, you have to let them know who is running the show.  One way to teach them a lesson is to work them "accidentally" sending bogus QSO information so their log entry gets dinged by the log checking robots.  You get the QSO points regardless.

Another beef is to be calling a station who is OBVIOUSLY hearing callers, only to have them "disappear".  After several calls if I don't receive a reply I then send "QRZ?".  If no reply, I then consider the frequency fair game and start calling CQ, often to have the station show up again calling CQ.  My guess on this situation is that the station is running SO2R.

One of my beefs with SO2R is that some stations use it to call CQ on two different frequencies/bands.  Some contests specifically prohibit calling CQ on 2 frequencies.  If you want to run a frequency, fine; otherwise S & P.  If you call CQ and I come back to you but you can't work me because you are busy calling CQ on another frequency, then you should NOT be calling CQ.  We should NOT have to wait around to work you because you are busy on another band.  Be forewarned that I notify contest committees of these violations which run the offending stations the risk of being classified as a check-log, not eligible for awards, defeating the whole purpose of running SO2R in the 1st place. 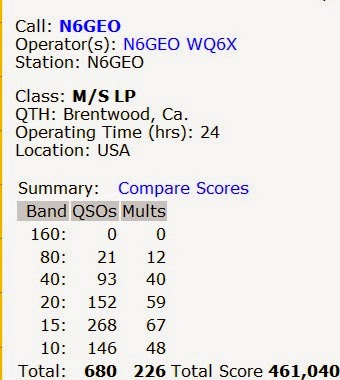 While the Stepp-IR in use at N6GEO may not have as much gain as the TH3-jr, this is outweighed by the ability to run the antenna in BI-directional mode or 180-degrees reversed to pick up stations.  We used this numerous times during the contest to switch between Europe & KH6 or Asia and South America.  Then again I was amazed how many QSOs I made off the SIDE of the yagi.

The skimmer utility also made quite a difference during the search and pounce periods.  My main beef with CW skimmer is that the callsigns must be typed manually into N1MM - there is no direct link like we find between the N1MM sub-screens themselves.

Overall this year's ARRL DX contest was a lot of fun.  While in recent contests we've had a lot of noise to contend with on 80 & 40 meters, luckily we had very little noise during this contest; probably due to the low SFI.  While I doubt we will qualify for any awards from this event, it was well worth the time we spent.  I look forward to the SSB version in March.  You can see our results on the 3830 Scores website.

Did you play in the ARRL DX contest?
Did you hear or log N6GEO?