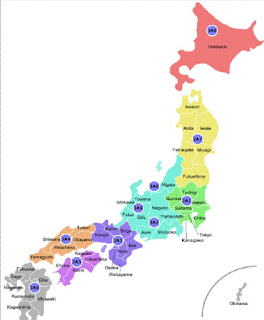 In years past, NX6T has either taken 1st place worldwide (as we did for 2017), or at least 1st place for North America in the Japanese JIDX Cw contest, held every April.

This year due to poor space WX conditions we knew it would not be an easy contest run from NX6T in "Nash-Ville" (Fallbrook, Ca. - north of San Diego).

Looking through our past log entries, it would seem that JIDX Cw 2018 was the worst JIDX
event we've ever participated in.


In previous JIDX contests HG7T (from Hungary) has been our main rival. For 2018, while HG7T was nowhere to be found, they were replaced by a NEW entry in the form of KH6RX who took 1st place worldwide, giving us another 1st place for North America.


I often found a couple of hours to engage in the NM/ND/GA QSO parties, as well as the OK/OM SSWB contest. For 2018, running remotely made it tricky to do anything but run the JIDX GiG; the

Because we run as a multiple-single operation, as always, Dennis N6KI puts the first QSOs in the log, then rousts me from sleep around 09:00z.

This allows me to take over on 40 meters and eventually work down
to 80. On Sunday morning I even managed to work a SUPER-Weak JA station on 160.


By 13:00z the JA openings are usually over, allowing me to go back to bed. Other ops give a listen on 20-meters in the late morning to work stations as the MUF increases for a 15 meter opening in the mid afternoon.  Unfortunately, for the 2nd year in a row no 15-meter opening materialized.


Waiting for the "day shift" to come on, I began "sweeping" the yagi's from left-to-right and-back, looking for those illusive 10-w stations.  Using the QF-1a audio filter on the receive audio made weak
stations "pop" into audibility.

This year, during the dinner hour 20 meters produced very few JA QSOs, leaving me bored and frustrated. For the first time ever,  I couldn't wait to be relieved so I could go back to bed to be ready
for my final 09:00z stint.

Taking over at 09:00z I was disappointed in the lack of JA activity.
The Russian military beacons had decent signal levels so I was expecting a plethora of JA signals - WRONG!
﻿

As you can see from this year's stats, our score was 48% of that turned in for 2017. While the SFI and solar indices were not great this year, for 2017 we endured a K-Index of 4 most of the weekend and
yet we made over 700 QSOs. It shows to goya' that sometimes the geomagnetosphere does not perform the way we expect it to.

Did you play in this years JIDX contest?

How many JA prefectures made it to YOUR Log?