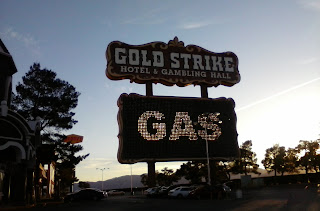 This has been a busy February.  Last weekend my attempts at running the WPX RTTY contest remotely was a complete BUST due to horrible internet latency.
The last 1/2 hour of the event settled down enough for me to make 18 QSOs allowing me to submit a log with a WHOPPING 21 QSOs - at least I DiD submit a log,


Last week I had client work in Pasadena and am heading to Las Vegas to work with other clients this coming week.  In the middle of it all I managed to operate the ARRL Dx Cw contest from NX6T remotely; Friday evening from Southern California and the rest of the weekend from the Gold Strike casino hotel off I-15 en route to Las Vegas.

Friday evening, the issue of internet latency was quite a problem, limiting my success.

Saturday I drove to Jean Nevada hanging out at the Gold Strike hotel to participate in the ARRL DX contest and play a little Blackjack.

Because casino hotels want us to play in the casino not on the internet, they charge significantly for the online privilege.


As it turns out, a $12 investment in super-speed internet access all but eliminated the latency problem during contest operations.  Because the latency was so low I managed to run several frequencies until each one of them eventually QRM'd out.

Operationally I ran STN#1 (an Elecraft K3) barefoot into a C-31 yagi at 40' and a 40-meter yagi at 70' feet, with an 80-meter inverted Vee at its apex.  Unfortunately remote rotor operation was not possible so I dealt with fixed positioning of the yagi's.

Nevertheless, it was better than no operation at all.  As I have in the past, I used the LogMeIn Hamachi software and again for dinner enjoyed a hamachi (Yellowtail) sushi roll - go figure.


Staying up into the late night hours allowed me to sleep in, but probably caused me to miss 10/15 openings both mornings.  On both days, 10-meters seemed to "go long" early in the afternoon and close up early.
40 meters turned out to be THE band, allowing me to work 57 countries on that band alone.
Luckily, the bogus QRM I usually experience during 40 meter contest periods didn't materialize; all except the Russian "K" beacon on 7.030 mhz.  Why is it I only hear the 40-meter Russian beacons during contest weekends and never during the middle of the week? 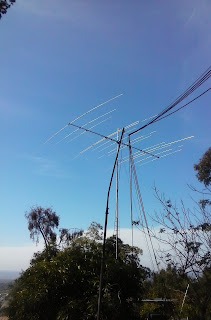 Next to 40, 15 meters was my best operation.  Openings to Africa were certainly there on 15, altho so were the DX cluster fueled pileups, so no Africa in this year's log.

What was really strange is DX stations asking me for my NR (number).  While they send ME a number (their power level), the only NR I send is "599".  While I finally realized they wanted my QTH (state), beginning contesters may not understand this.  The correct request is: "SEC?"

While there were a surprising number of openings to South America because I was not able to point the antennas in that direction to work many of those stations, relying on back of beam access to South America and Oceania.  Then again, a north pointing C-31 yagi made working UA0 easy and afforded a late afternoon opening  into Northern Europe on 15 meters. 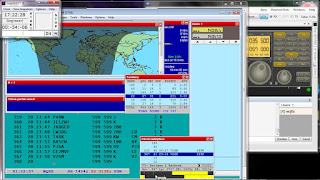 Overall, I managed about 18 hours of actual operating time making 364 QSOs in over 70 countries for a score of just slightly over 172k points.  While I won't win any awards for this one it was a LoT of fun to work so many countries from a casino hotel room.

That evening the one 6-deck Blackjack table in the casino gave me a run for my money.

Next weekend is the NAQP RTTY contest which I will probably run remotely,
so look for WQ6X ("Ron in CA") during that event.

Did you play in this weekend's ARRL DX contest?